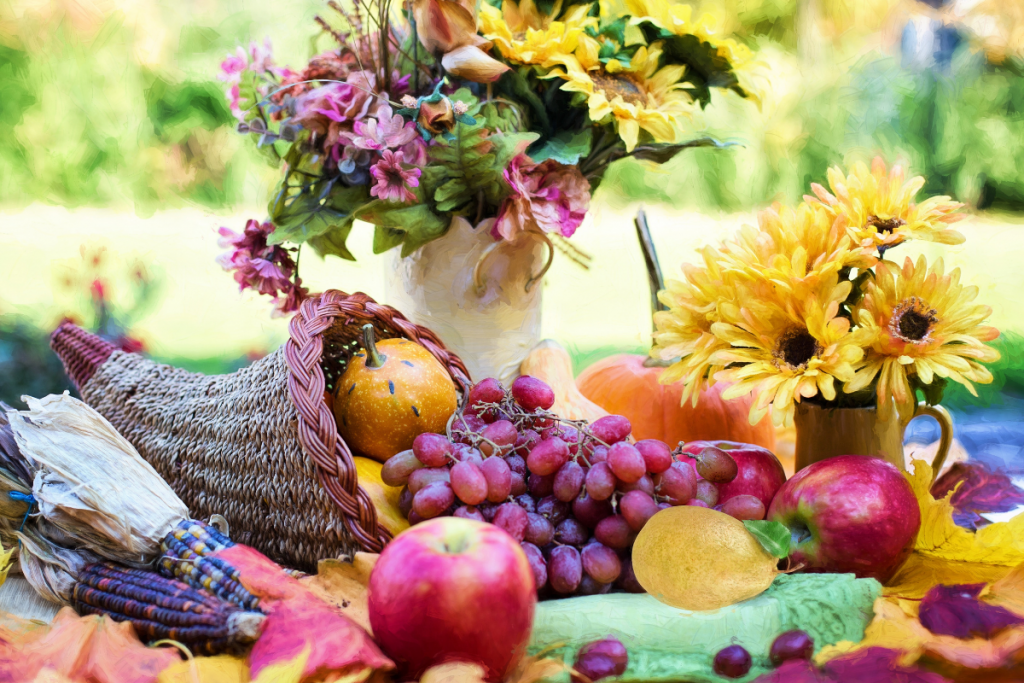 The Wheel of the Year: Mabon

Now is the time of the Autumn Equinox, traditionally celebrated as the second harvest festival, or Sabbat of the Fall Feast (midway between Lammas and Samhain). Twin to the Spring Equinox it’s a time of balance again, only now we move from light into darkness on or around September 22. This time is known as the Mother readying herself to become the Goddess of the White. She goes to the Cauldron of Death. It is a time of transformation before we feel the full force of the Father’s reign.

Our friends in the Southern Hemisphere are celebrating Ostara and their Spring Equinox.

This is a time to honor the changing seasons, give thanks for the things we have and celebrate our abundance with a grateful heart. The harvest is completed and fires are lit to keep the night chill away. Families spend time together enjoying the fruit of the desires that were planted during the spring. Now is when we reap the seeds of what what sown during Imbolc and Ostara. This is an auspicious time to finish old business and take time slowing down from business of the past season.

Allow yourself time during this transition into the fall season to pause and reflect on your life.

During the Fall Equinox, we enter a true time of balance as the sun moves into the sign of Libra (approximately September 21st). An intellectual Air element, Libra is refined with the grace of the balance between head and heart. Now we transition into the shorter days and longer nights of the fall season, where we are called to bring our light indoors and tend to hearth and home.

Find this year’s exact date of the Equinox >>HERE<<

The second of the harvest festivals, we give thanks to the fruits and vegetables of the earth. The land is bursting at the seams in late August and September with many of the traditional foods that will sustain us through the upcoming winter. Our fall table is filled with the bounty of the season and we celebrate with a “Thanksgiving Feast”. The Fall equinox also marks the turning of the Wheel from the light half to the dark half of the year—a time for us to reflect and regain balance in our lives. 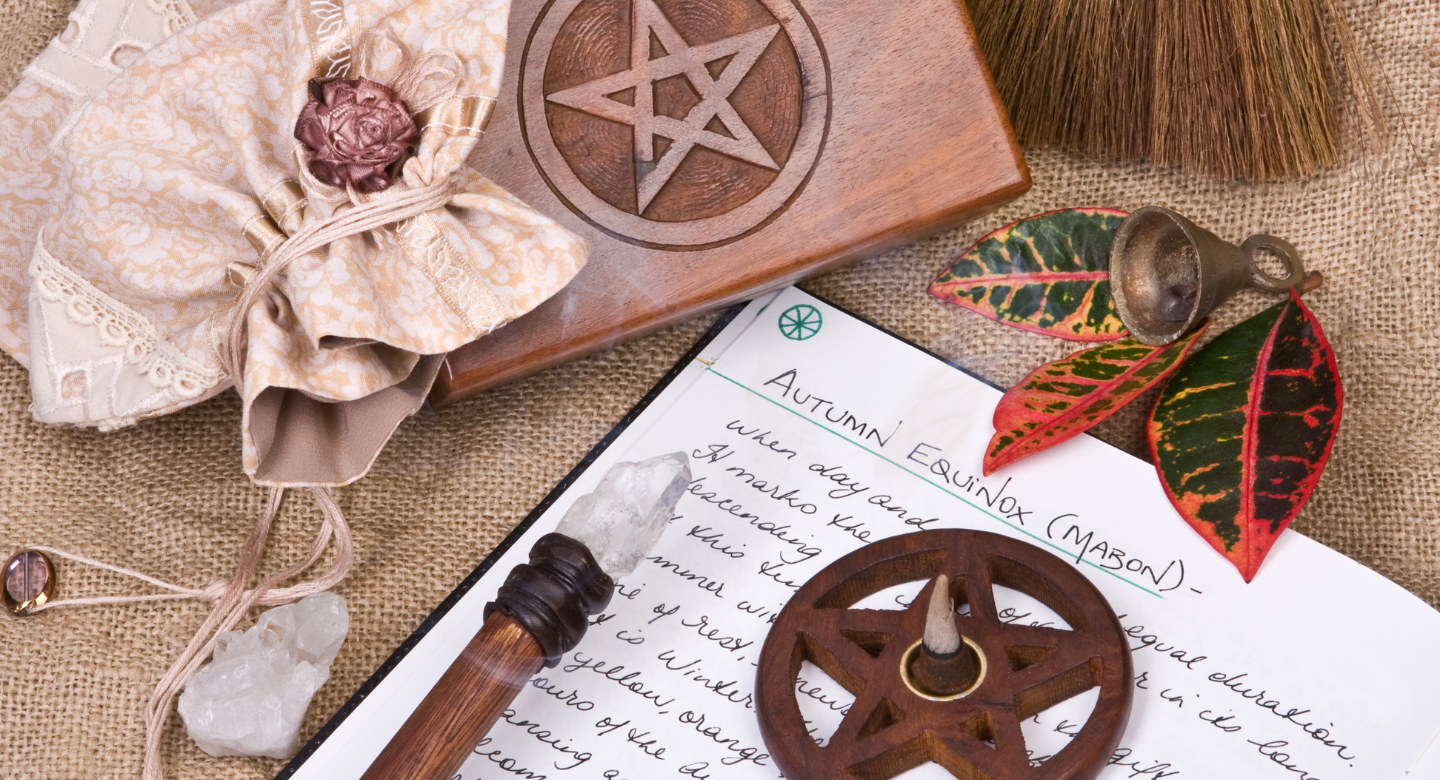 Fall is the time to celebrate and decorate with wheat, corn, nuts, and harvest items to bring the feeling of the season to the forefront, to awaken the inner mind, to wear all the harvest colors – brown, gold, warm reds, and greens…to feel the rhythms of Earth and her cycles, to seek a balance of the negative and the positive, and to look to the Gods for enlightenment for the coming seasons ahead.

Celebrate in the kitchen with seasonal foods that honor the hearth and harvest—bread and grains, autumn veggies like onions, potatoes, pumpkin, and squash, fruits such as apples, grapes, pears, and pomegranates, followed by wine, ale, and cider. It’s a wonderful time of year to take full advantage of the bounty of the season.

I love to explore the recipes that Deborah comes up with over at Vegan Kitchen Magick. Be sure to hop over there for some culinary inspiration! If you are a fan of good old-fashioned cookbooks, Patricia Telesco’s A Kitchen Witch’s Cookbook

is one of my favorites for sabbat ideas.

>>KEEP TRACK OF THE SEASONS WITH YOUR PRINTABLE BOOK OF SHADOWS<<

Why is this Sabbat called Mabon?

There are many names for the Autumn Equinox: also known as the Second Harvest (falling as it does midway between Lughnasadh and Samhain) Mabon is a fire festival that honors the changing seasons, as the Wheel turns, and we move from the light half of the year into the dark.

The name Mabon was coined by Aidan Kelly around 1970 as a reference to Mabon ap Modron, a character from Welsh mythology. Oberon Zell liked the name and published it in Green Egg magazine from which Earth-based spirituality groups quickly adopted the term, and it has resonated with pagans ever since. (You can read Aidan’s own account of this on his Patheos blog). While there is little evidence to suggest that this holiday was celebrated by the Celts, the autumn equinox is one of many harvest festivals celebrated around the world by such distinct cultures such as the Greeks, Bavarians, Native Americans, Chinese, and the Druids who all have their own way of celebrating the bountiful harvest of the season. During Medieval times, Christianized European peasants celebrated the autumn equinox as the Feast of the Archangel Michael.

In addition to the full moon closest to the Autumnal Equinox being known as the Harvest Moon, the lunar cycle in September is also called the Wine Moon, which is the traditional time for harvesting grapes. Early pagans considered wine and grapevines as sacred to the gods, particularly in Greek culture with the veneration of Dionysus, God of Resurrection. The belief was that grapes and wine were symbols of rebirth and transformation.

In British folklore, Mabon is associated with Herne the Hunter and marks the beginning of deer hunting season in many places. And while there is no record of this season being particularly observed by the Druids of old, modern Druidry (which started in 1717) holds a ceremony known commonly by the Welsh/Brythonic Alban Elfed (pronounced EL-VED), meaning ‘light of the Water to mark the balance of day and night before darkness overtakes the light’. 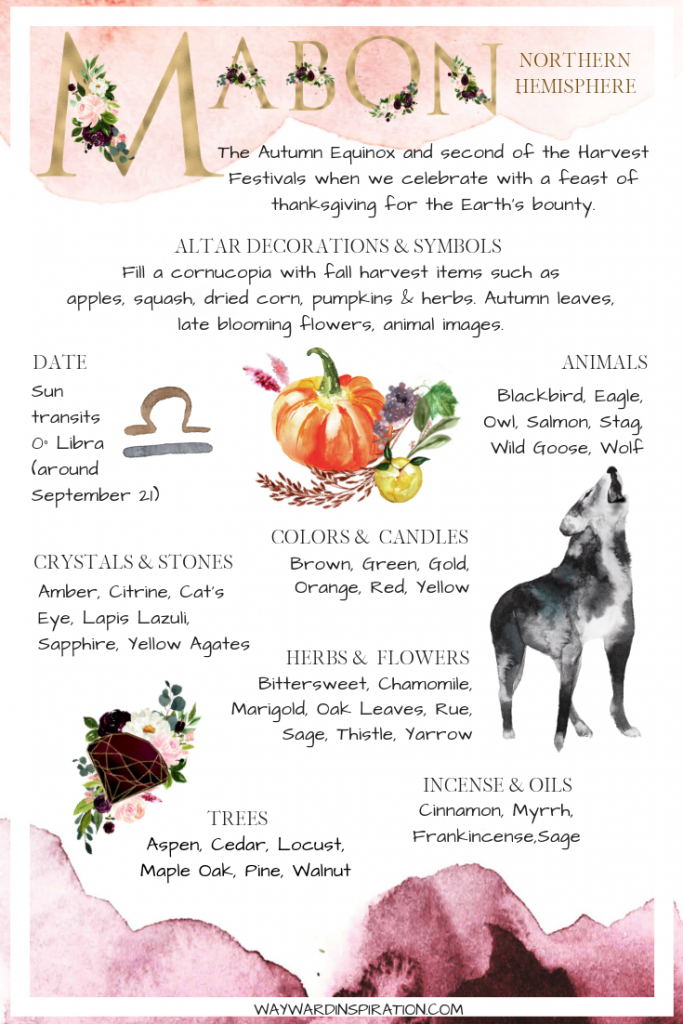 Disclosure: Some of the links in this post are affiliate links, meaning, at no additional cost to you, I will earn a commission if you click through and make a purchase.

My personal Book of Shadows and the traditions of Clan RavenMyst 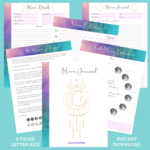 When you download the free moon journal you will also gain access to the newsletter full of seasonal insights, self-care motivation and monthly free downloads to help you on your magical journey.

I value how important your time is and understand how you don't want inbox overload. There is nothing worse than signing up for an opt-in then getting flooded with sales pitches! Rest assured when you see Wayward Inspiration pop up in your inbox, it's because I'm sharing something I believe you will find truly valuable.

Our community is about making connections and offering support along the way. Welcome!

You're all set! Check your email to confirm your subscription and receive your free printable Moon Journal. Welcome friend!

This site uses Akismet to reduce spam. Learn how your comment data is processed.